This Merry Christmas 2017, Play as a robbery Master in a new look.
Yes! He is disguised in Santa Clause dress. 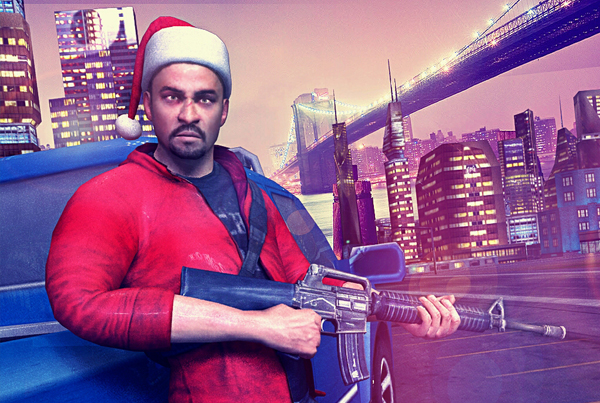 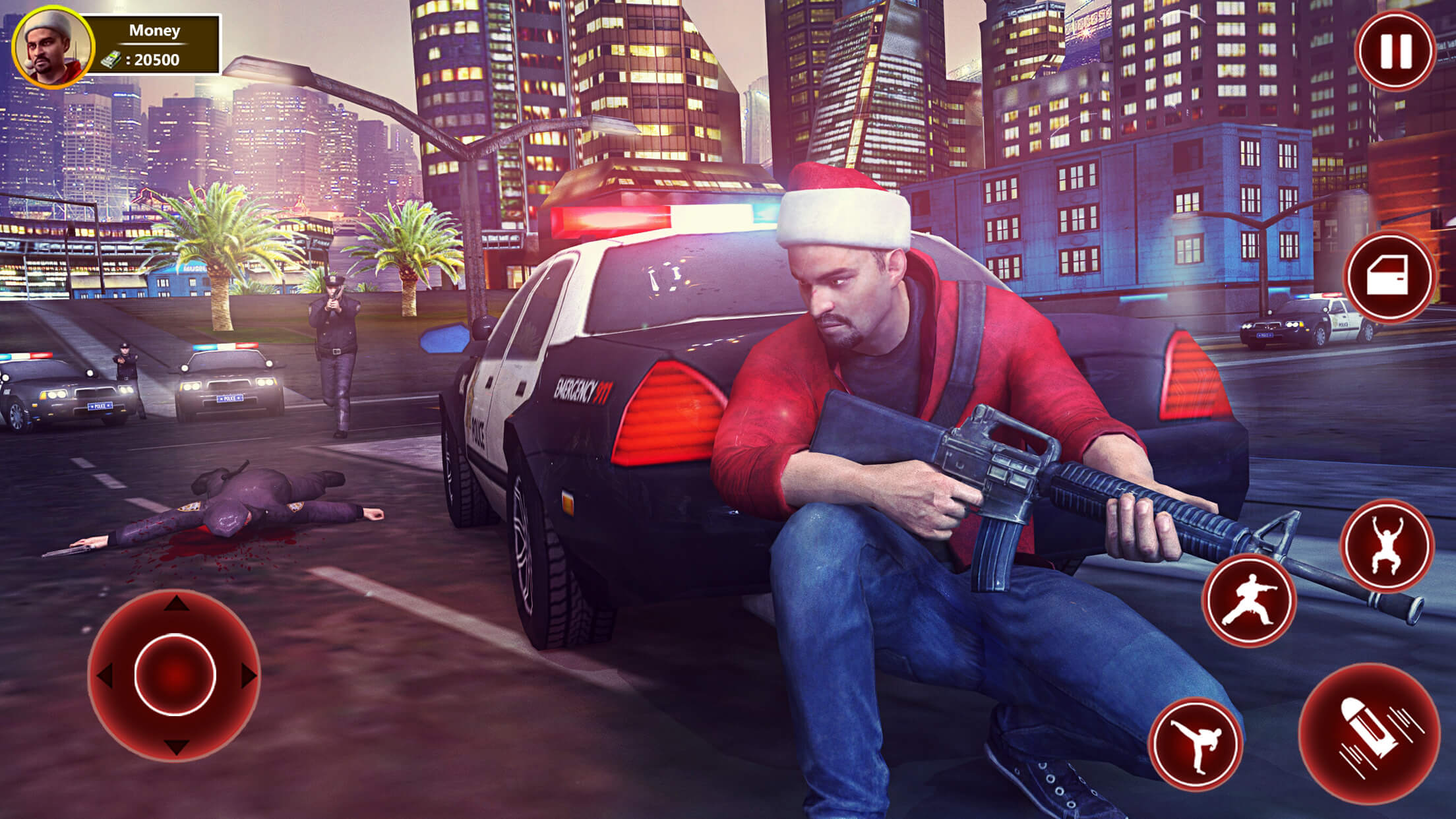 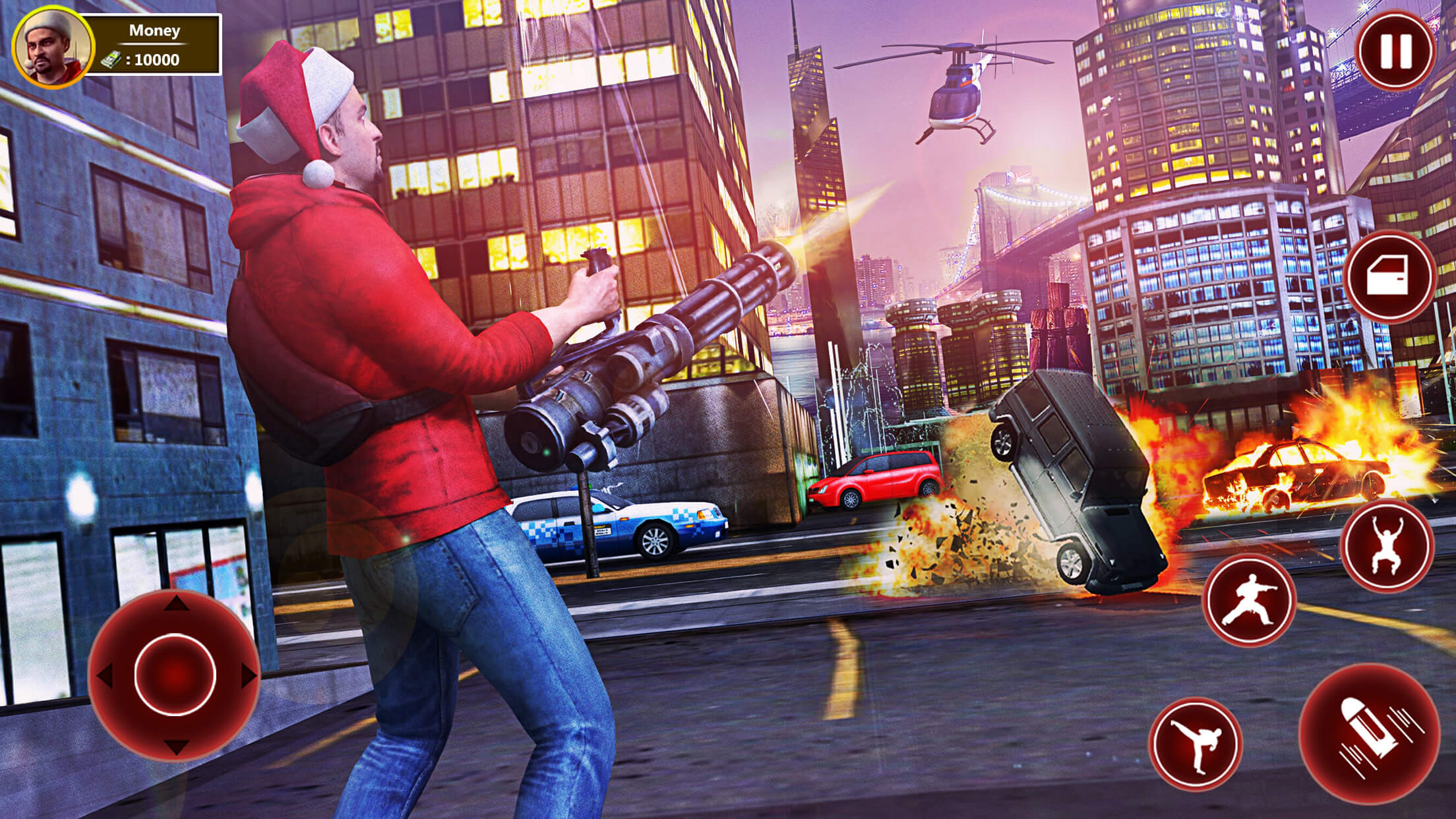 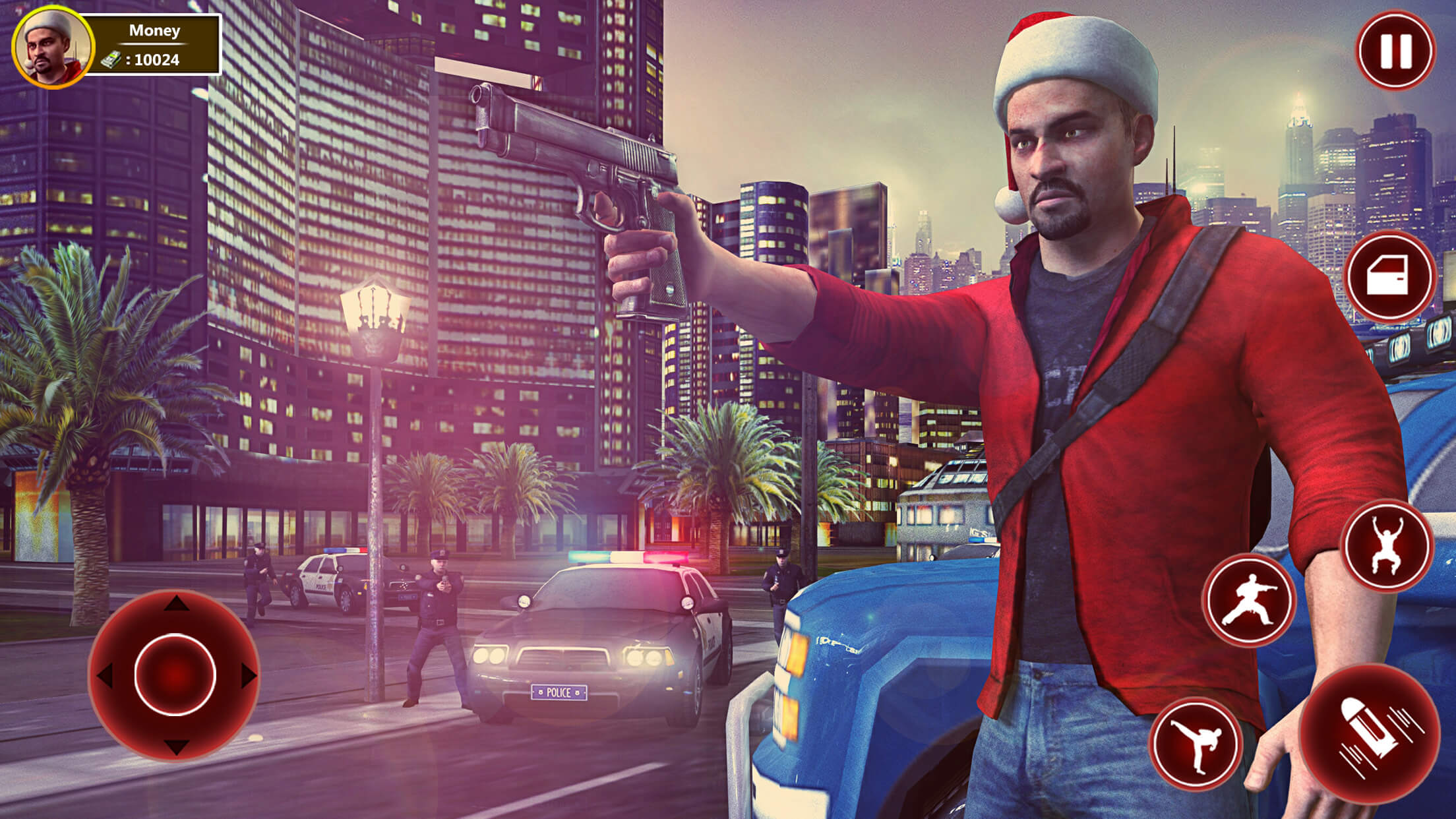 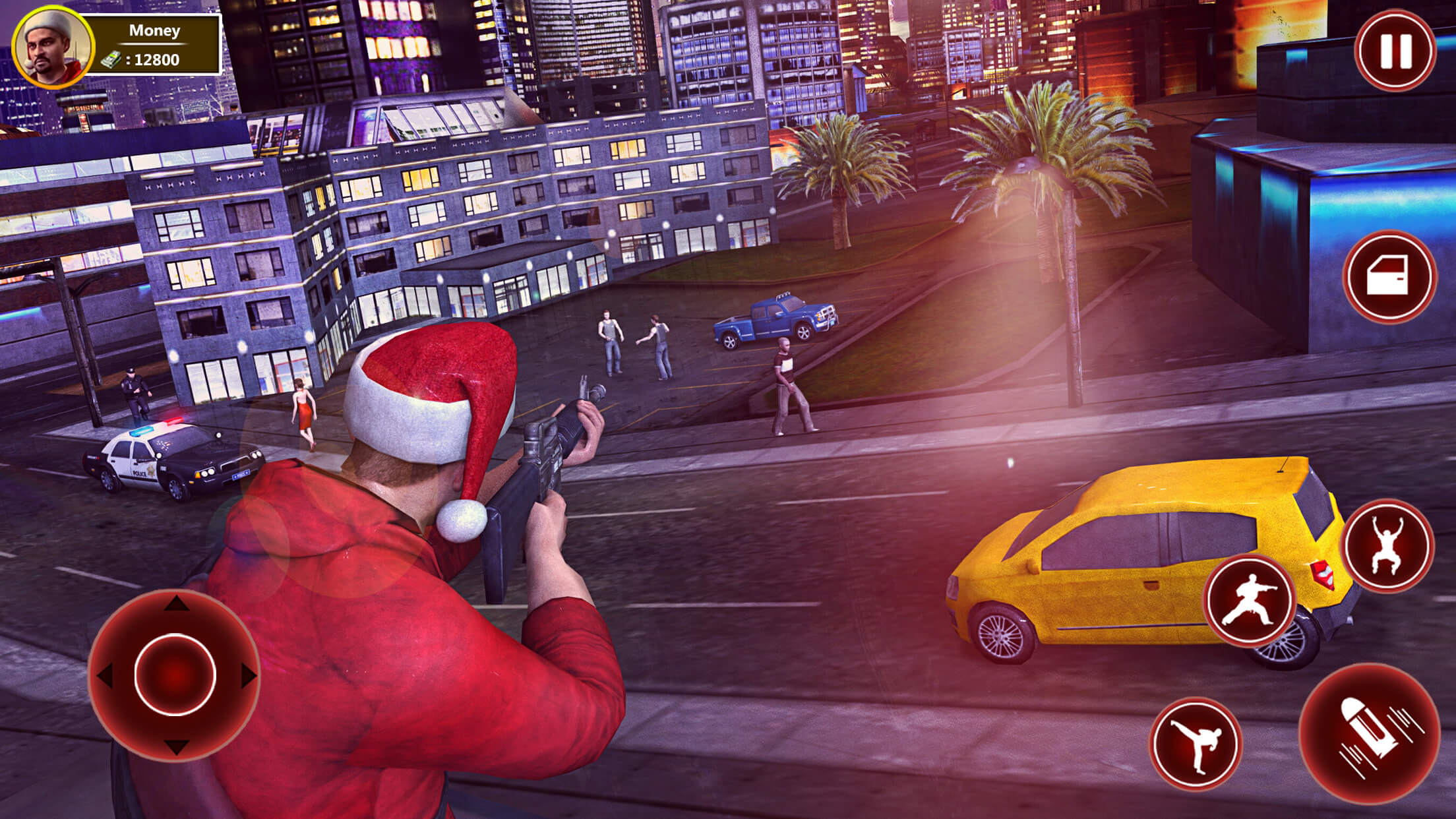 This Merry Christmas 2017, Play as a robbery Master in a new look.
Yes! He is disguised in Santa Clause dress.
Enjoy this Christmas game 2017 and be a fake Santa robber.
Have fun in ditching the civilians by stealing their things, money ,accessories, and also by killing them.
You spend a hard time in the high security prison along with your cell inmate criminal squad.
You successfully Prison break and escape from jail and now you are planning robbery as burglars going for big loot.
Now itâ€™s time to take revenge from your rivals security cops & police officers on Christmas night.
On this Christmas 2017 snatch civilians car and get yourself entertained by driving the luxurious super-fast car. Do bank robbery 3D game.
Sneak into different rooms steal the cash, gold and precious items. Be a thug mafia gangster criminal and kill the guard, escape the bank after doing successful bank robbery.
Play as a thief gang leader & become a robbery master of the mad city. The robbers will fight against guards to execute theft. Christmas Robbery Grand escape is an epic shooting game between the mafia people, criminal & mobster.
People of Miami are busy in shopping for Christmas 2017 xmas.
Take an advantage and be a criminal in Christmas Game and do crimes in Santa’s dress.
Snatch the things from people and escape from city police.
You will be a amused in decorated malls in Christmas party 2016.

Christmas Robbery Grand escape is an ultimate Gang War Shooting Game with Police Prison Chase & Free Drive in City.
Play as a Thug Gangster & Do some crazy mission with car theft & lots of gangster fighting action.
Crime rate is getting out of hands of the city police department & gang wars are now becoming part of daily routine.
Steel things of your choice in shopping malls and casinos and enjoy your Christmas party 2016. Experience stealing robbery and killing in Santa’s costume.
Explore the entire Miami city decorated for Xmas 2017. And be a skilled robber.
Beat the public at the streets of Miami. Take out your gun and shoot the police and police cars.
Speed up your car and get out of the hostile situation.
Get yourself prepared for fight between cops and robbers in this crime game.
Break all the rules and escape from the chasing police cars.
LETS SEE WHAT YOU’VE GOT